One of the presents I got for my Birthday (back in September) was two Giant Baby Jelly Moulds from Firebox (They looked smaller on line than in real life, they actually hold 1.5pt’s each!).

These moulds are awesomely cool, in an unusual/unique sort of way. 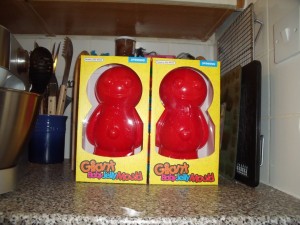 I’d decided that we needed Jelly for tea one Sunday, but was wondering about what to do with the other mould when I remembered we’d need ice cream too. 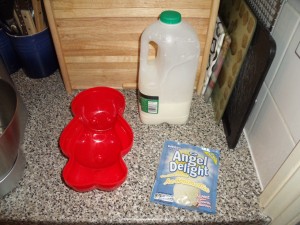 Add the milk (as instructed on the packet) and packet mix to the mixer. 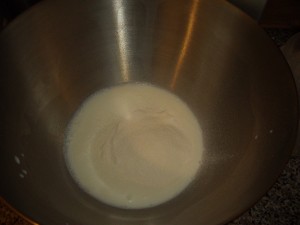 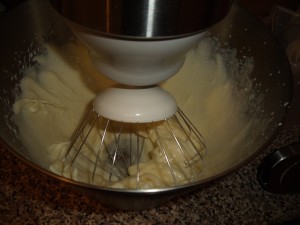 Until it looks like this, this is 5 minutes of mixing as described on the packet: 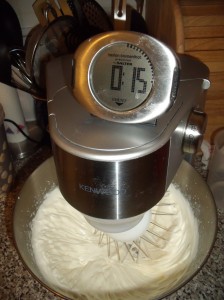 Then put it in to the Giant Baby Mould: 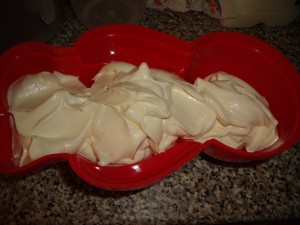 I then mixed up Chocolate ice cream in the same way as above: 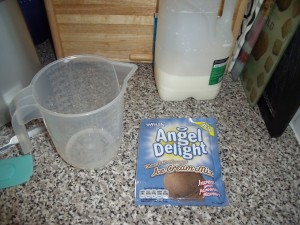 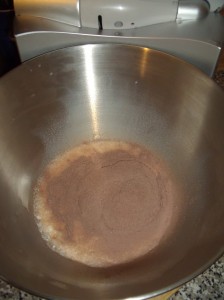 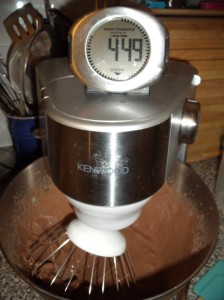 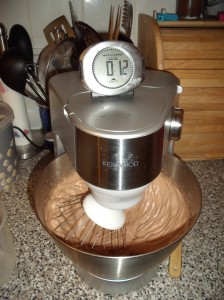 Add to the mould: 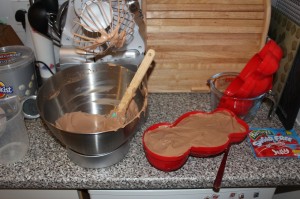 I then put the mould in to the freezer: 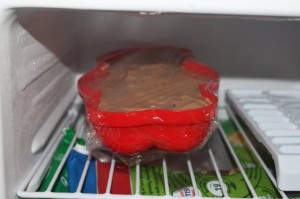 Time to start on the Jelly:

As it holds 1.5 pints, I made up 1 and a half packets of Jelly as per the packet: 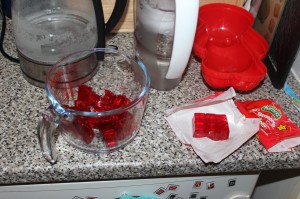 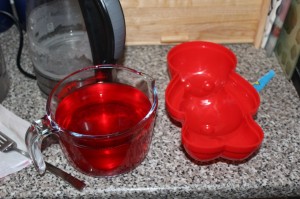 Pour in to the mould: 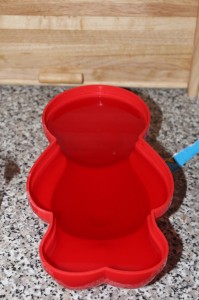 Put into the fridge overnight: 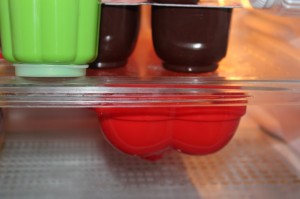 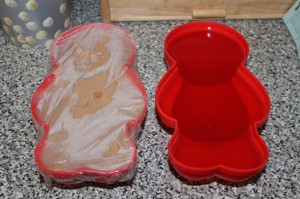 The hardest part was getting the ice cream out of the mould, I ended up having to run hot water over it until it released. This unfortunately created a bit of a mess on the outside of the ice cream as seen below, I’d have preferred it if it was smooth like the jelly.

And the final product was: 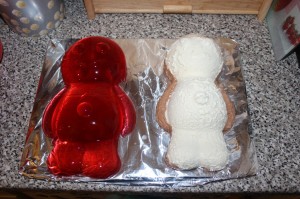 If I was going to do this again I would have only put the vanilla in half way and then half chocolate instead of two thirds and one third. I would have also made the jelly stronger, as you can see when they are next to each other the jelly splurges out a bit making it look bigger than the ice cream.